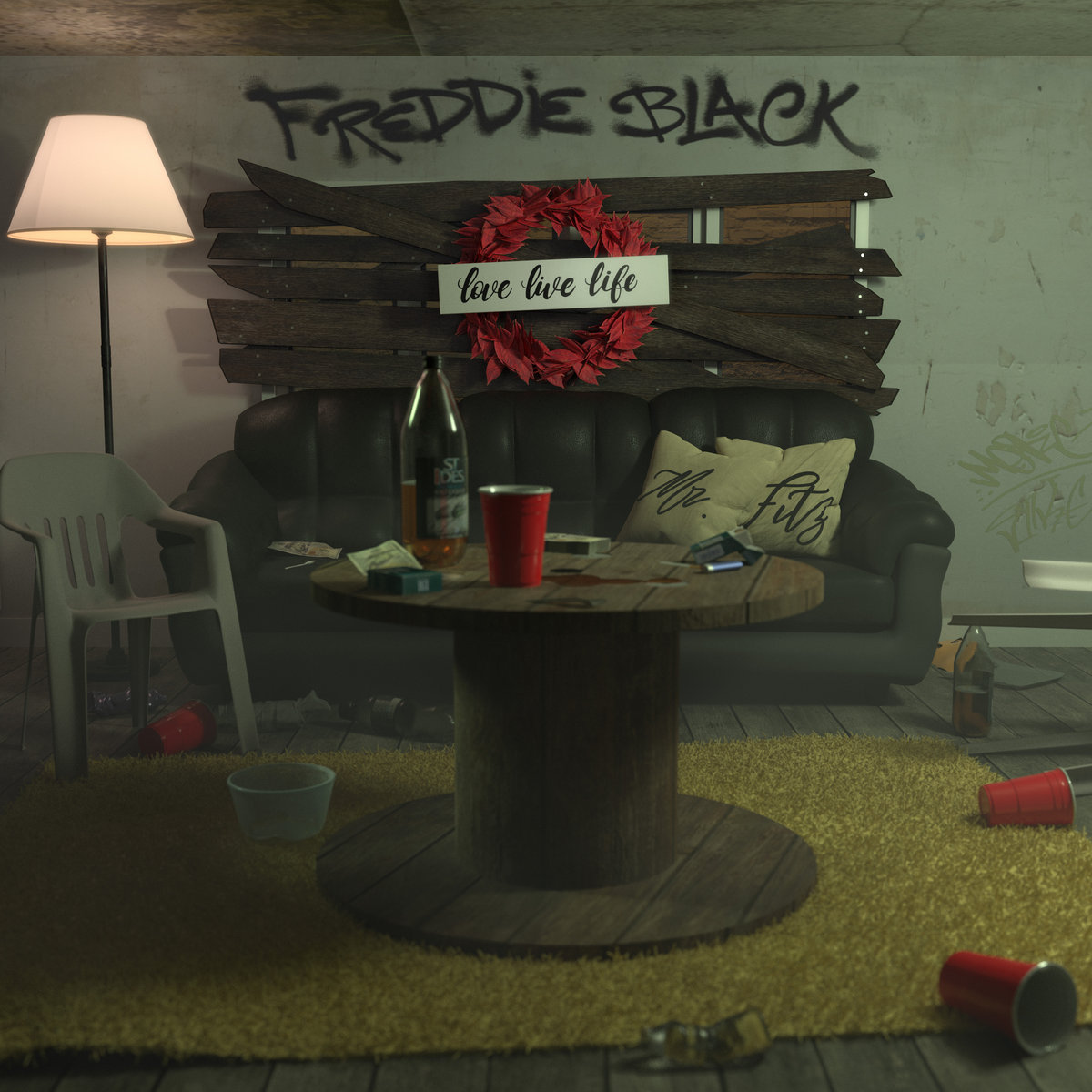 Now available! RHYMEHOUSE vinyl records by Freddie Black and Tone Spliff on Diggers Factory. This Newport, Rhode Island // Los Angeles, California combo have released several projects over the past few years and decided to put out a vinyl album with two of the fan favorites: Written Dialect & The Black Tone EP. Both feature raw, gritty rhymes and beats with special guest appearances from Edo G, King Magnetic and more.

The artwork by OldPlanet Media is a tribute to the ’70s grindhouse aesthetic which has a lot in common with the energy and spirit of underground Hip Hop.